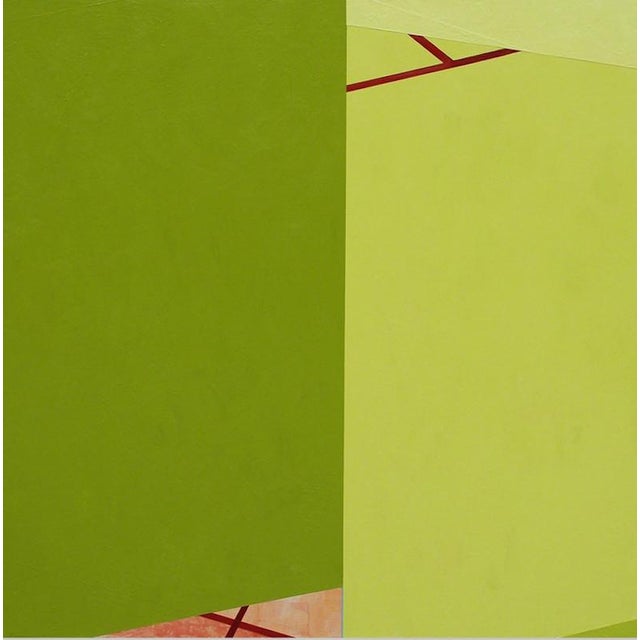 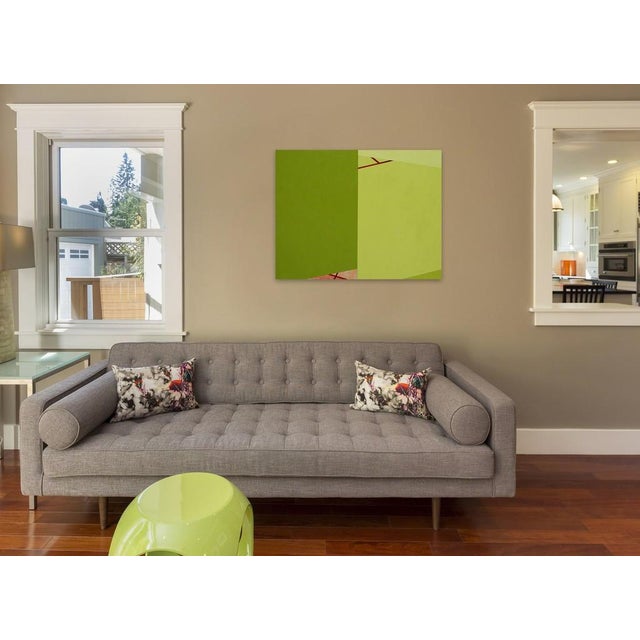 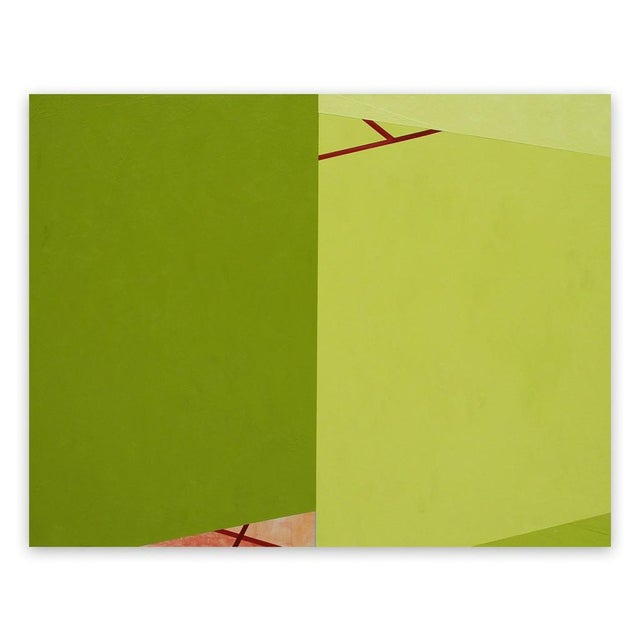 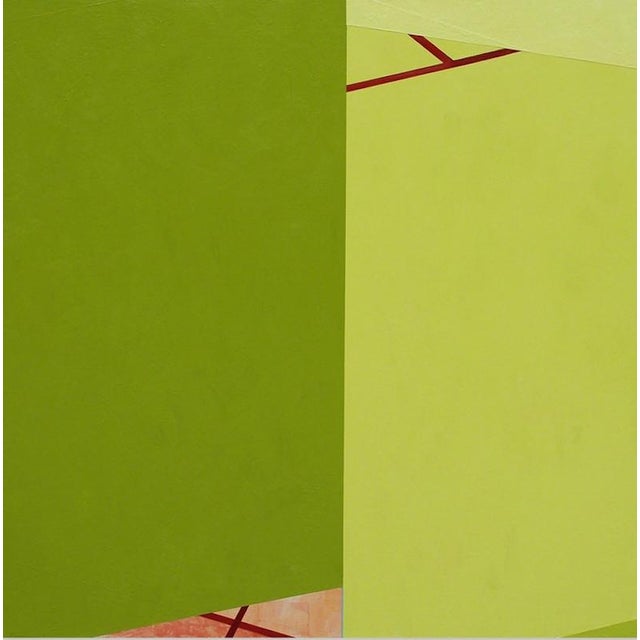 Using the geometric vocabulary found in architectural schemata, Bolt tries to create a dynamic tension between foreground and background, center and edge, inside and out. The dual spatial identities that the myriad forms have with one another create a visual riddle.His goal as a painter is not to solve the riddle as much as pose it as a unique perceptual challenge. And it is that challenge that fulfills the experience one has with the painting.

Macyn Bolt is an American abstract painter. Using a visual language informed by geometric abstraction, he creates artworks that examine how color and form create shifts in visual perception.He lives and works in Brooklyn, NY, and upstate Pennsylvania. Bolt graduated with a BFA in 1979 from Calvin College, in Grand Rapids, MI, and earned his Masters of Fine Arts from Syracuse University in 1981. Bolt works with acrylic paint on a variety of surfaces including canvas, wood panel, vinyl and paper. Using scrapers and palette knives, he builds up layers of paint, creating surfaces that seem both polished and hand made. He often strives to achieve heightened areas of contrast, exploring relationships between the painterly and the flat, the loose and the opaque. That contrast is further explored in relationships between colors. His process mirrors the balance he seeks between boldness and delicacy in his compositions.Scale is also an important aspect of his work. His smaller works, which start around 16 x 15 inches, create opportunities for intimate viewer interactions. His larger works, which can range up to 84 x 180 inches, encompass viewers in a contemplative aesthetic space. The differences in size result in a range of perceptual experiences that is integral to the work. Bolt is inspired by the "visual riddle" that can be evoked by spatial relationships, as well as the interplay between color and form. His reductive, monochromatic work examines both dramatic and nuanced shifts in visual perception. He is interested in what he calls, "the qualities of reflection and mirroring that are unique to the space of abstract painting." His work invites viewers into a contemplative experience as they interact with the fluctuating polarities of concrete and illusionary space. The gallerist and curator Harry Simon, owner of Simon Gallery in Morristown, New Jersey, wrote about Bolts work in 2016, saying: These paintings represent the new visual foundation that Bolt has employed over the last three years which utilizes a symmetrically divided composition to posit open and closed forms, interlocking shapes and illusionary spaces. In doing so, he affirms the complex, often contradictory, nature of spatial comprehension. Timothy Van Laar, artist, critic, author and curator of theAbout Painting exhibition Bolts work was included in at the Simone DeSousa Gallery, Detroit, MI in 2016 wrote about Macyn Bolt: Macyn Bolts Shadow Boxer series investigates the qualities of reflection and mirroring that are unique to the space of abstract painting. These are paintings in which rigorous, reductive imagery shifts between flat and illusory. Anchored within the symmetry of two equal divisions, the crosscurrents of these spatial polarities ricochet off each other to create a subtle equilibrium. Macyn Bolt has exhibited in multiple solo and group exhibitions throughout the United States. Work by Macyn Bolt is included in many corporate and institutional collections, including those of the Newark Museum, Grand Rapids Art Museum, the Blanton Museum of Art, the Boca Raton Museum of Art, Progressive Companies, the Janet Turner Print Museum, Deutsche Bank, JPMorgan Chase, and TIAA-CREF. Simon Gallery, Morristown, NJDM Contemporary, NYCChandra Cerrito Contemporary, Oakland, CA less 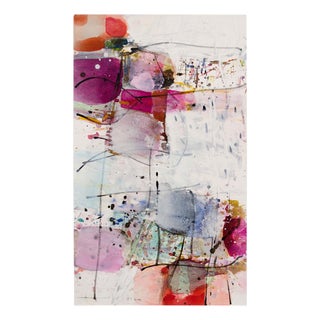 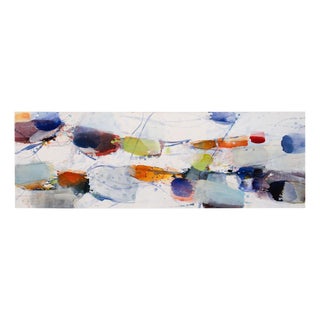 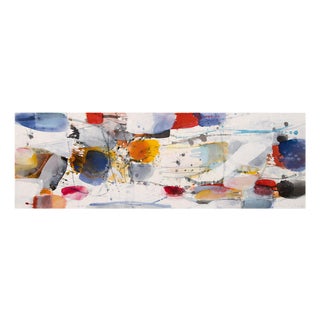 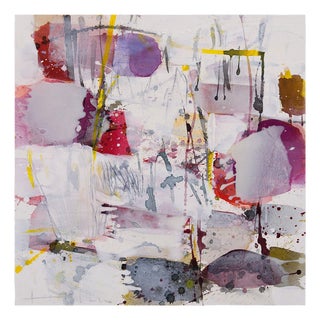