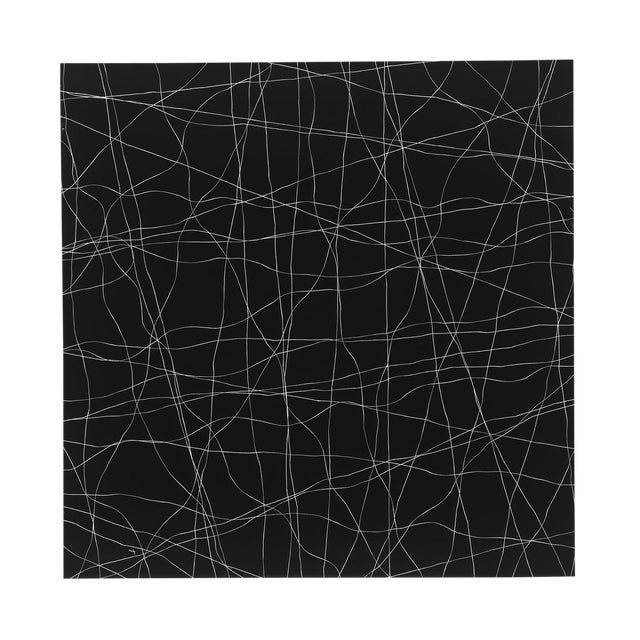 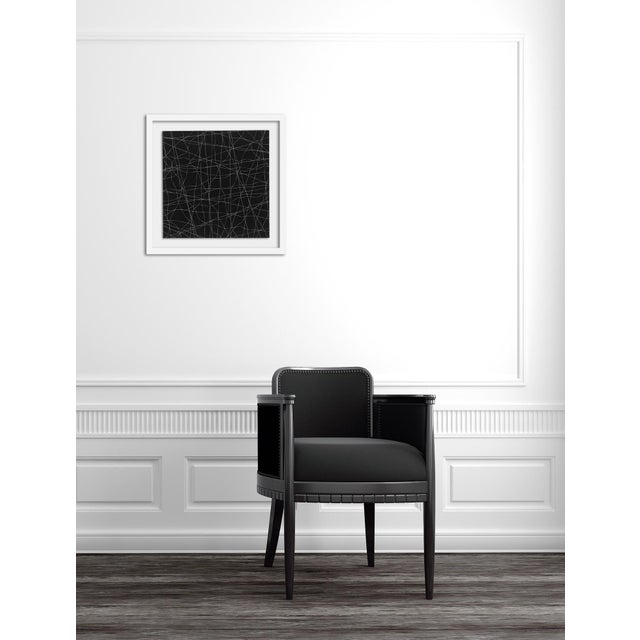 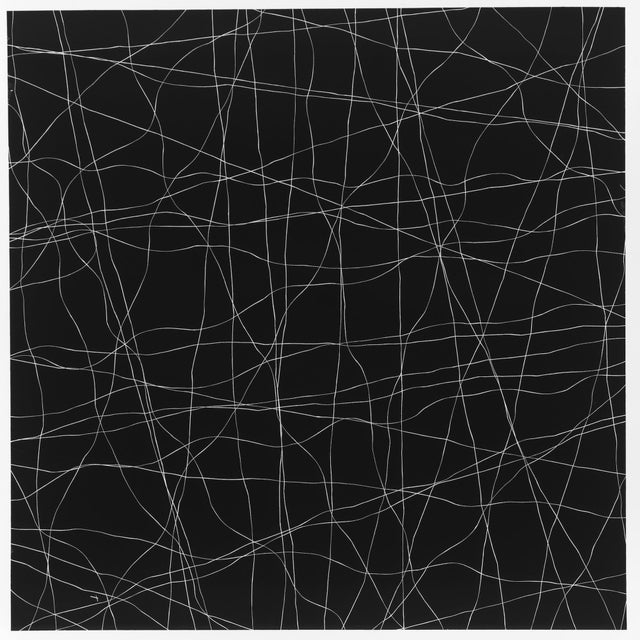 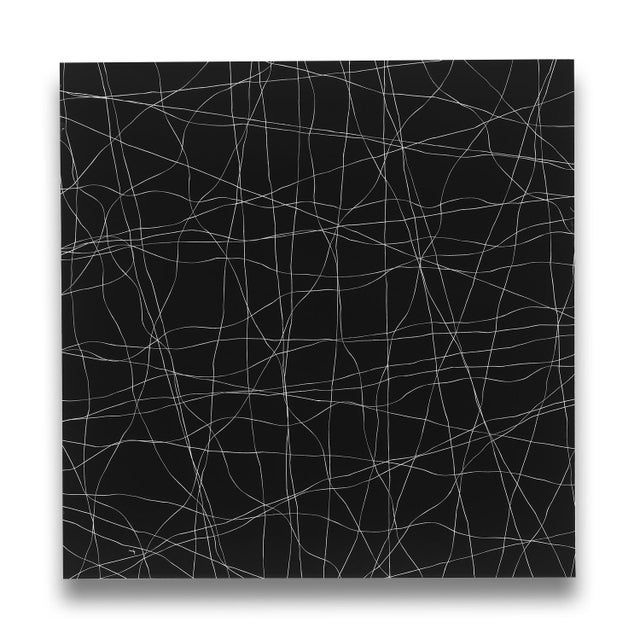 This image is part of an ongoing series began in 2006.To create the ... moreBlack and white photogram

This image is part of an ongoing series began in 2006.To create the images Webber stretches and layers thread on a pre-cut frame. The resulting images are made by laying thisplate onto black and white photographic paper in the darkroom. The photograms are printed in editions of five, with variations. The imagery is built up using layers of thread, to create rhythmic, intuitive compositions, which offer tension between the organic and rectilinear. They suggest macro and micro views of nature, or of the man made.The plate for this image was Webbers first exploration using loosened thread. Beginning with a measured grid formation, Webber intuitively built up the image.This is edition 2of 5

Tenesh Webber is a Canadian abstract photographer whose work explores and challenges conventions of traditional black and white photography.She lives in Jersey City, New Jersey and works in Bushwick, Brooklyn. Webber studied at the Emily Carr University of Art + Design in Vancouver, and at OCAD University, in Toronto, where she received an AOCA Degree. Tenesh Webber has, over the past 25 years, worked in either large scale/mural size prints; manipulated the photographs in the darkroom, or manipulated the negatives in the camera.Her current photography, which focuses on medium-scale photograms, continues her explorations of the medium. The prints are medium scale, 11"x11", or 20"x20"Webber's process begins with sketches, in which she develops the image ideas. She then creates two-dimensional objects out of sewing thread, or marker on plexiglass. She builds the images through layering, stretching and cutting the thread, and through repetitive line drawing onto plexiglass.These "plates" are used to create cameraless photographic images.Hand placement and loose threads offer an element of chance into the work, and each print within a series is unique.The resulting abstract images create rhythmic, intuitive compositions and offer tension between the organic and rectilinear. They suggest macro and micro views of nature, or of the man-made. Webber studied with Canadian artists Ian Wallace and Eldon Garnet who were early innovators in experimental photography, in the 1970's, introducing large-scale and sequential imagery into their photography practice. She was inspired by these artists, to develop her own approach to working with the medium, leading to explorations in scale and alternative photographic processes, including her current work with photograms.Her photography is also influenced and inspired by the work of a long history of photographers, painters and sculptors working in abstraction.These include, Richard Serra's bold oil stick drawings, Barry Le Va's arrangements of geometric form, and Agnes Martin's delicate minimal process.Her work falls within a tradition of "rayographs", or photograms, established by artists such as Man Ray, and Laszlo Moholy-Nagy, in the 1920's, artists whose work in photography was informed by their painting and sculptural practice.Building on these artists work, Webber has developed a unique approach to the creation of her photograms, integrating elements of sculpture and drawing while also incorporating chance operations. Webber's work is featured in public and private collections including the Brooklyn Museum and Barclays Bank, NY. Webber has exhibited her work nationally including solo exhibits at Yossi Milo Gallery and Margaret Thatcher Projects, NY. She has also exhibited in group shows in Europe. The Pierogi Flat Files, Brooklyn, NYRick Wester Fine Art, New York City, NY less 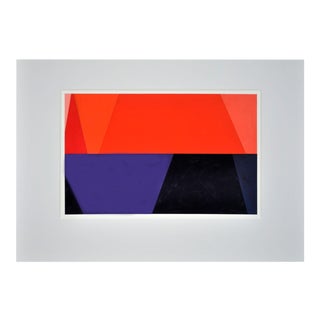 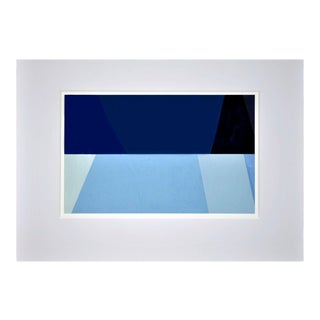 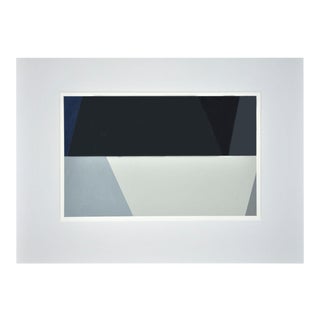 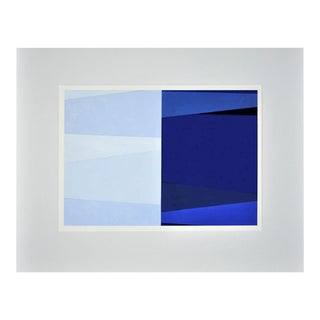