Biography
William McKinley was born January 29, 1843, in Niles, Ohio. As a young man, he briefly attended Allegheny College before taking a post as a country schoolteacher. When the Civil War broke out in 1861, McKinley enlisted in the Union Army; he eventually earned the rank of brevet major of volunteers.Returning to Ohio after the war, McKinley studied law, opened his own practice in Canton, Ohio, and married Ida Saxton, the daughter of a local banker.After the deaths, in quick succession, of her mother and her two young daughters early in their marriage, Ida's health rapidly deteriorated, and she spent the rest of her life as a chronic invalid. McKinley patiently catered to his wife throughout his burgeoning political career, winning praise from the public for his loving devotion to her.McKinley entered Ohio politics in 1869 and rose through the ranks as a Republican, winning election to the U.S. Congress in 1876. Over nearly 14 years in Congress, he served as chair of the House Ways and Means Committee and became known as a proponent of economic protectionism, in the form of high tariffs on imported goods.After a tariff measure bearing his name passed in 1890, voters rejected McKinley and other Republicans due to rising consumer prices and he returned to Ohio. The following year, he ran for governor, winning by a narrow margin; he would serve two terms in that post.After the so-called Panic of 1893 led to a crippling economic depression in the United States, McKinley and his fellow Republicans regained the political advantage over the Democrats.McKinley won the Republican presidential nomination in 1896 thanks to his congressional and gubernatorial experience, his longtime support of protectionism and the skilled maneuvering of his chief supporter, the wealthy Ohio industrialist Marcus Alonzo Hanna. In the general election, McKinley faced William Jennings Bryan, who ran on a platform attacking the gold standard and supporting the coinage of silver as well as gold.Touted by Hanna as the "advance agent of prosperity" and the protector of America's financial interests in contrast to Bryan's radical policies, McKinley won the popular vote by a margin of some 600,000, the largest victory in 25 years; he also won more than a third more electoral votes than Bryan.Soon after taking office, McKinley called a special session of Congress in order to raise customs duties, an effort he believed would reduce other taxes and encourage the growth of domestic industry and employment for American workers.The result was the Dingley Tariff Act (sponsored by the Maine congressman Nelson Dingley), the highest protective tariff in American history. McKinley's support for the Dingley Tariff strengthened his position with organized labor, while his generally business-friendly administration allowed industrial combinations or "trusts" to develop at an unprecedented rate.It was foreign affairs that would determine McKinley's presidential legacy, beginning with an ongoing conflict in Cuba, where Spanish forces were attempting to repress a revolutionary movement. Though the American press and public were outraged by the bloodshed, McKinley hoped to avoid intervention, and pressed Spain to make concessions.After the sinking of the U.S. battleship Maine in Havana's harbor in February 1898 was linked (erroneously, as was later discovered) to an external explosion presumed to be a Spanish mine, McKinley asked Congress for the authority to intervene in the conflict; a formal declaration of war came on April 25. From early May to mid-August, U.S. forces defeated Spain near Santiago harbor in Cuba, occupied Puerto Rico and seized Manila in the Philippines. The Treaty of Paris, signed in December 1898 and narrowly ratified by Congress the following February, officially ended the Spanish-American War. In it, Spain ceded Puerto Rico, Guam and the Philippines to the United States and Cuba gained its independence. While opponents of the treaty derided it as "imperialist," McKinley took his cue from the majority of Americans who supported it, sending troops to quell a nationalist insurgency that broke out in the Philippines shortly after the war ended. McKinley's administration also pursued an influential "Open Door" policy aimed as supporting American commercial interests in China and ensuring a strong U.S. position in world markets. In 1900, McKinley backed up this policy by sending American troops to help put down the Boxer Rebellion, a nationalist uprising against foreign intervention in China.In 1900, McKinley again faced William Jennings Bryan, who ran on an anti-imperialism platform, and was reelected with a greater margin of victory than he obtained four years earlier The outcome reflected the American public's satisfaction with the outcome of the Spanish-American War and the country's economic prosperity.After his second inauguration in March 1901, McKinley embarked on a tour of western states, where he was greeted by cheering crowds. The tour ended in Buffalo, New York, where he gave a speech on September 5 in front of 50,000 people at the Pan-American Exposition.The following day, McKinley was standing in a receiving line at the exposition when a unemployed Detroit mill worker named Leon Czolgosz shot him twice in the chest at point-blank range. (Czolgosz, an anarchist, later admitted to the shooting and claimed to have killed the president because he was the "enemy of the people." He was executed in October 1901.)Rushed to a Buffalo hospital, McKinley initially received a hopeful prognosis, but gangrene set in around his wounds and he died eight days later. Vice President Theodore Roosevelt succeeded him. less 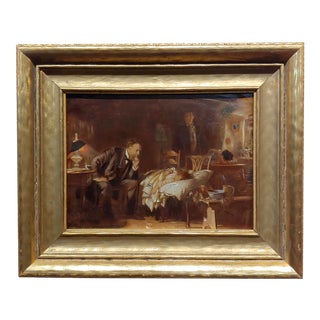 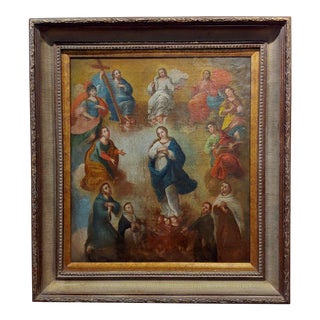 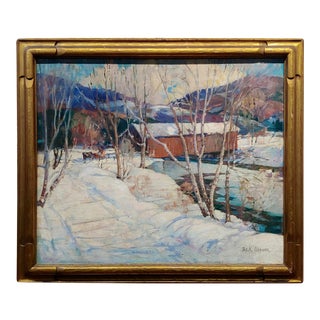 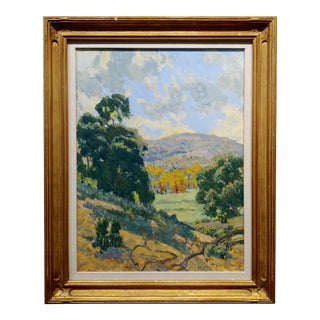