DECASO Senior Director of Dealer Relations, Tod Donobedian, visited Detroit, Michigan to tour the recently opened The S. pace Detroit. To prep for his visit, he delved into Detroit’s illustrious design past, uncovering the backstory that forms the foundation for The S. pace Detroit’s masterful approach to curation. Below is Tod’s personal account of of his recent visit.

I’d been hearing buzz about the upcoming opening of The S. pace Detroit (which was heralded by the enigmatic Instagram post below), so when I got my marching orders to investigate Detroit further, I promptly packed my duffel and got ready to shuffle.

With my knowledge of Detroit scant, I took a crash course in its history to prepare for my visit. While I was initially surprised to learn that Detroit had been the first American city to be named a City of Design by UNESCO, upon further investigation, I found that the distinction had clear merits. Harking back to the end of the 19th century, Detroit was designing and producing iron stoves, railcars and bicycles. Soon after, these goods gave way to automobile design.

From 1946 to 1973 in Detroit was known as the “Golden Age of Automobile Design.” In an effort to gain market share after War II, Detroit-based automakers hired local university-trained artists to produce the world’s visually outstanding cars. This was an exuberant time. Styling and design were highly valued by automakers, and artists had the opportunity to shape the industry, changing the entire concept of what a car could be design-wise.

Switching gears to architecture, no discussion of Detroit’s industrial design heritage is complete without proper reference to the “Architect of Detroit,” Albert Kahn. In the early 20th century Kahn developed a new style of construction in which reinforced concrete replaced wood in factory walls, roofs and supports. This provided for better fire protection and allowed large volumes of unobstructed interior. The Packard Motor Car Company, designed in 1903, was the first building to be constructed according to this principle. The success of the Packard plant caught the attention of Henry Ford, who then asked Kahn to design the Ford Motor Company’s Highland Park plant. But Kahn is perhaps most known for one of the most recognizable Art Deco landmarks of the Detroit skyline: The Fisher Building.

An Art Deco confection, the Fisher building was completed in 1928. It’s constructed of limestone, granite and several types of marble. The building’s hipped roof was originally covered with gold leaf tiles, but during World War II these tiles were covered in asphalt for fear that the reflective surface would attract enemy bombers.

Detroit’s design obsession was not only informed by the automotive industry and industrial design. It also found expression in the venerable Holy Grail of Design: The Cranbrook Academy of Art. Located in nearby Bloomfield Hills, Michigan, Cranbrook is the brainchild of George Gough Booth, a Detroit newspaper baron and philanthropist. The school was officially sanctioned in 1932 with Eliel Saarinen appointed as president.

Cranbrook Academy encouraged interdisciplinary explorations into architecture, ceramics, design, metalsmithing, painting and sculpture. Notable Cranbrook alums include Harry Bertoia, Eero Saarinen, Charles and Ray Eames, and Florence Knoll. Lasting friendships that were formed at Cranbrook often led to future professional collaborations. One of the most notable examples was that between Harry Bertoia and Charles and Ray Eames.

The next stop on my whirlwind academic tour of Detroit’s design roots was the Detroit Institute of Arts Museum (DIA). Founded in 1881 by Charles E. Scripps, this venerable institution went on to become Detroit’s artistic epicenter.

In fact, who would have guessed that Diego Rivera and Frida Kahlo would venture to Detroit at the behest of Wilhelm Valentiner, who was the the Director of the DIA from 1922 to 1945? Valentiner conceived the project which involved Rivera transforming the DIA’s inner court with fresco murals incorporating imagery from Detroit’s booming industry. Edsel Ford underwrote the costs. Rivera was paid $20,000 to create what he considered to be his finest work; the iconic murals are now known as the Detroit Industry Murals.

DETROIT DESIGN FACT : Wilhelm Valentiner, the director of the Detroit Museum of Art from 1924-1945, had a daughter, Brigitta, who would go on to marry Cranbrook alum, Harry Bertoia, who had landed in Detroit at age 15 from his native Italy.

Little did I know that this academic foray into the heritage of design in Detroit would become the keystone to understanding The S. pace Detroit’s mission. Arriving at the Detroit Metropolitan Airport and driving into the city, images of my family’s 1968 Ford Zephyr Four Station Wagon zoomed past by mind’s eye, while a film reel of Detroit Lions defensive tackle Alex Karras replayed in my head to the unlikely soundtrack of Aretha Franklin’s “Chain of Fools.”

At the S. pace Detroit, I was greeted with vintage Billecart-Salmon Rosé champagne poured into an Augarten champagne bowl lined with 24K gold. Now, I had butterflies and bubbles in my stomach as I entered what could be rightfully described as a temple of American Studio and Nordic Lighting design, populated with works by legends such as Harry Bertoia, Paul Evans, Paavo Tynell, Eero Saarinen, Jens Risom, Edward Wormley, Herman Miller, Arne Jacobsen, Poul Kjaerholm, Hans Wegner, Gio Ponti and Robert Sestok.

The stream of visitors filtering in after me ranged from educated collectors; the type who religiously attend Cranbrook Academy design lectures, to curious young hipsters with a nascent interest in design. 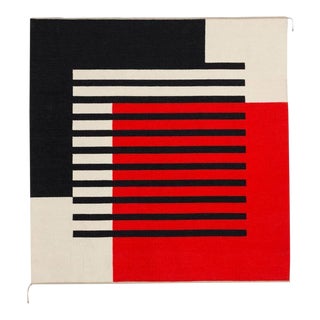 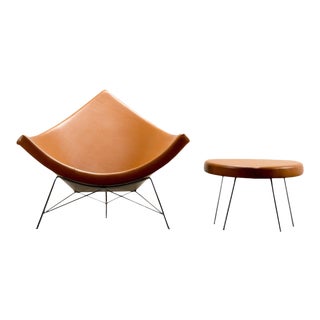 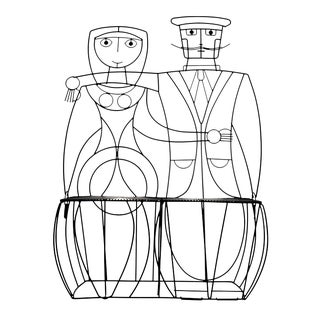 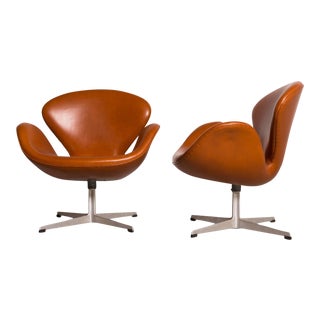 I had the opportunity to learn more about some of The S. pace Detroit’s design jewels. Begging for my immediate attention was a rare, illuminated 1950s Fornasetti trumeau, only one of three known “Malachite” prototypes to exist in the world. The piece had been authenticated by none other than Piero Fornasetti’s son, Barnaba Fornasetti.

From there, my eyes travelled to a sleek pair of 1952 string chairs by Allen Gould. Exhibited at MoMA in 1953, I marveled at how the chairs’ strings had been strung just taught enough to provide resilient comfort. 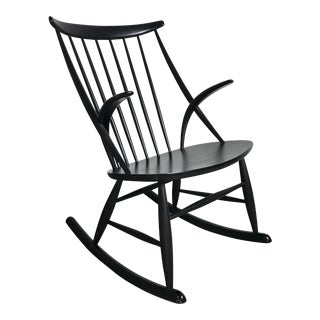 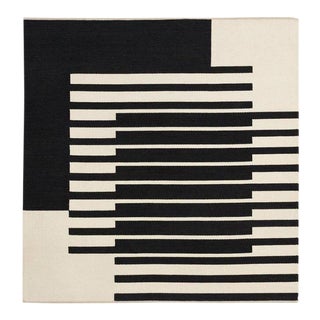 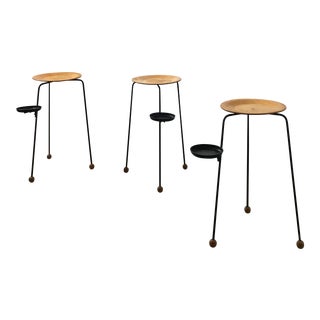 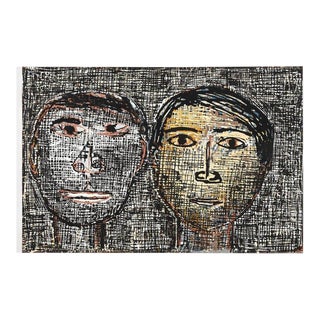 Next on my radar was a piece that has become near and dear to my heart, a Harry Bertoia sonambient sculpture entitled “Table Tonal II.” The sonambient was put out in limited edition by the Harry Bertoia Foundation, which is headed by Harry Bertoia’s impassioned daughter, Celia.

I can still hear the table tonal’s soulful tones, having gently brushed my fingers across the tops of the brass cattails. The S. pace Detroit’s founders explained that Bertoia purposely varied the cattails’ length and spacing in an effort to mirror nature’s imperfections. 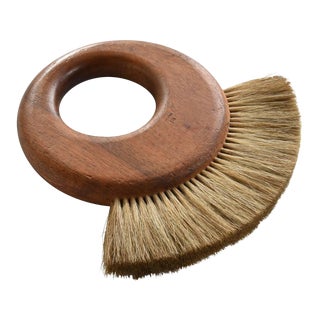 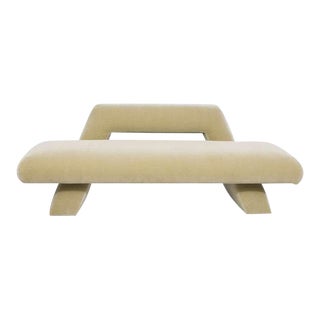 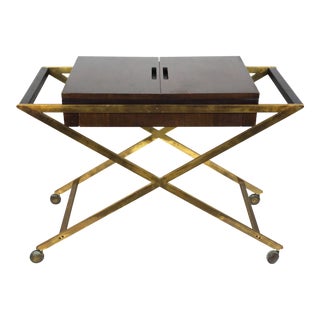 Finn Juhl’s model NV-53 chairs beckoned to me next. Produced in Copenhagen, Denmark in the 1950s by Niels Vodder for the Cabinetmaker Guild’s Exhibition, Vodder’s genius is expressed in the chairs’ organic, lyrical lines. 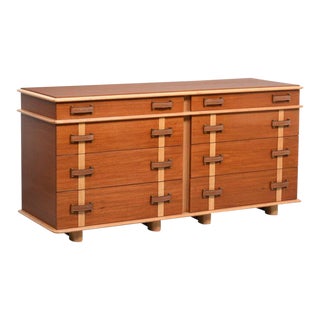 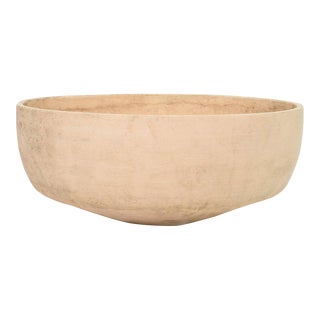 JOHN FOLLIS BISQUE PLANTER FOR A... 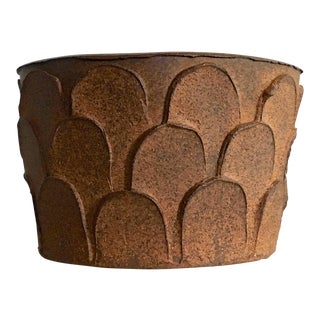 I then let myself be enveloped by a T.H. Robsjohn Gibbings Klismos chair. Originally designed for Saridis of Athens in the 1990s, this edition, designed by Bexley Heath for John Widdicomb was a wonder in walnut, featuring its original leather wrapped seat. As I rested, I wondered, How can anyone feel anything but regal in a Klismos chair? 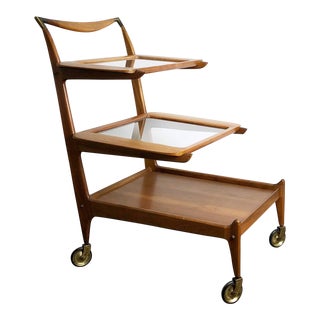 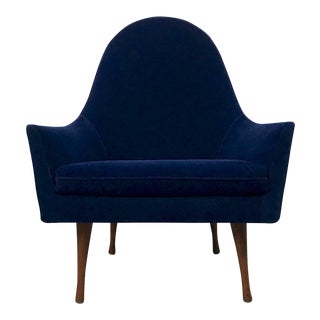 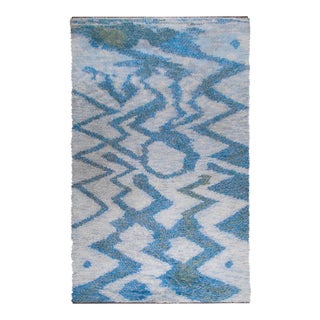 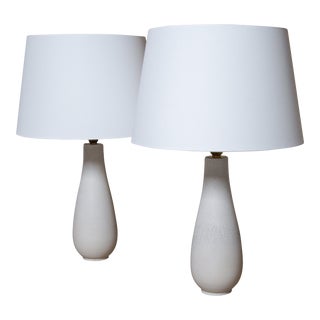 Once The S. pace Detroit closed its doors for the day I had a chance to visit further with the founders, during which time I learned that their design perspective has been (unsurprisingly) informed by Detroit’s rich design DNA. “Design is the engine that drives constant evolution,” they shared. Having grown up in Detroit, the founders of The S. pace Detroit were witness to the dangers of complacency. In response, their business objective is to continually evolve rather than to do things by rote.

With the The S. pace Detroit, they have made the deliberate decision to divert the focus away from themselves as dealers, and towards the artists and makers they promote. Their contribution to the design legacy of Detroit is two-fold. Not only does their collection pay its respects to Detroit’s past, but it also puts forth a robust vision for the future. One example of their advocacy for the future is their focus on Robert Sestok, who since the 1960s, has been a leader in what is known as the Cass Corridor Art Movement.

“We want add to the design zeitgeist,” the founders stress. “When Zaha Hadid was tapped by Michigan State University to design the Eli and Edythe Broad Art Museum, we knew that the spirit of Detroit design was alive and well. The best is yet to come, and we want to be a part of it.”

When Zaha Hadid was tapped by Michigan State University to design the Eli and Edythe Broad Art Museum, we knew that the spirit of Detroit design was alive and well. The best is yet to come, and we want to be a part of it.

For all the rising and fallen fortunes, Detroit is a city that lives proudly by its motto: Speramus Meliora; Resurget Cineribus (We hope for better days; it shall rise from the ashes).The S. pace Detroit is a pristine example of how the phoenix is again rising.