There are a whole multitude of ways to take a home from barefaced to palatial, but among designers’ most tried and true is a dash of Chinoiserie. With its scrolling botanical and avian-inspired prints, chinoiserie is among the most enchanting of design styles. Bold face designers like Miles Redd and Celerie Kemble have long harnessed the power of chinoiserie, using it to marry editorial-level sophistication with a touch of light-hearted romance and whimsy. Read on to discover more about this beloved designer style, including its origins, admirers, and multitude of designer uses. 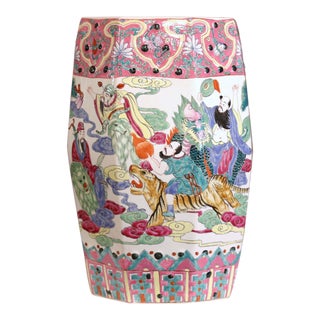 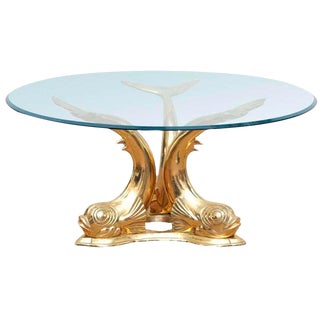 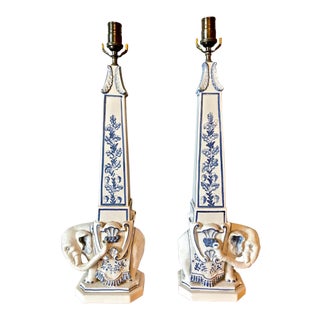 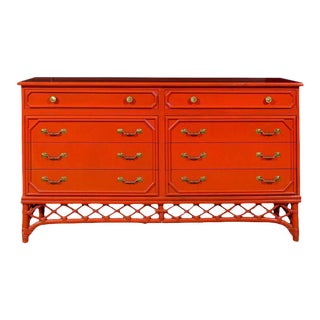 A Story of East Meets West

With its focus on Asian motifs, one might assume Chinoiserie descended directly from Asia. However, Chinoiserie—which takes its name from the French word for Chinese, chinois—actually got its start in Europe. Beginning in the 17th Century, increased sea trade brought an influx of Asian design objects to Europe. Europeans instantly fell for the densely-patterned goods featuring fantasy-like portrayals of peacocks, dragons, misty mountain landscapes and more. Since demand far outweighed supply, Europeans began producing their own versions.

The result was Chinoiserie, a unique hybrid of European and Asian design. Europeans added their own flair to traditional Asian designs, exaggerating certain elements like fretwork, scrollwork and luxe finishes to make their goods a better complement to Rococo, the reigning style of the era. Among the pinnacle examples of Rococo and Chinoiserie style mixing is the Palace of Versailles. Arguably, Versailles’s Trianon de Porcelaine room, designed for King Louis XV’s mistress Madame de Montespan, is actually first major example of chinoiserie. Other monarchs followed King Louis’s lead. By the late 17th Century, a “Chinese room” was a token of virtually every palace. 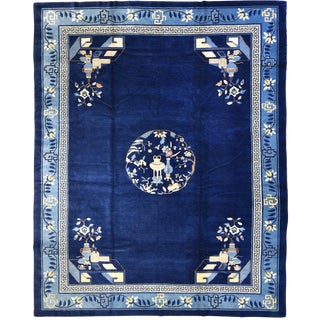 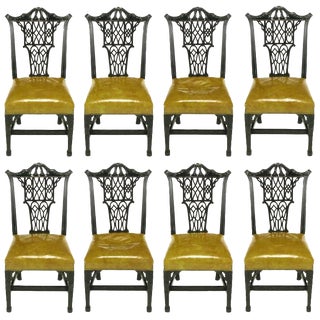 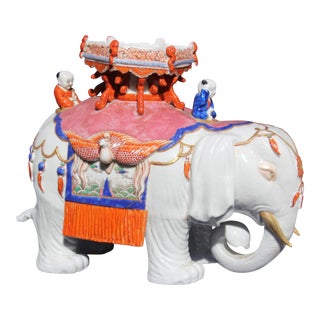 From Royalty to Commonplace

Chinoiserie’s royal reputation only stoked the demand for it among everyday Europeans. While decking out an entire room (or palace) wasn’t in the cards for most, modest Chinoiserie goods began to crop up in the late 17th Century, making the style accessible to all.

For most Europeans, a tea caddy was one of their first pieces of Chinoiserie. During the trade boom with Asia, a surplus of loose leaf tea was imported. As a result, Europeans adopted tea drinking as a daily ritual. Europeans modeled their early tea canisters after Chinese tea canisters, which were similar in shape and style to the ginger jar. As time went on, Europeans began to take more liberties with design. They began to fashion models out of mahogany, tortoise-shell, pewter, and copper. 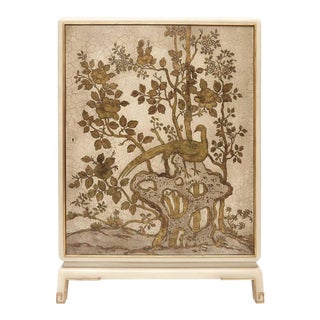 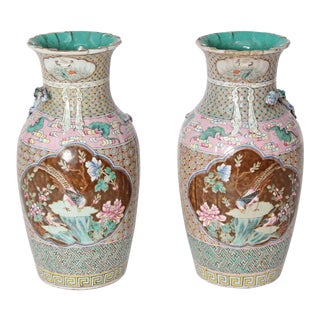 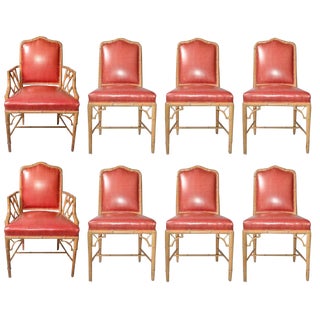 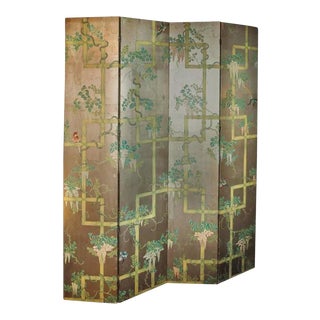 The Quest for Porcelain

While furniture was an integral part of Chinoiserie, it’s porcelain that truly defines the movement. Typically bedecked in blue and white florals, Chinese porcelain ranked among the most prized of Asian imports. Unfortunately, Europeans lacked the production know-how to manufacture porcelain. That was, until 1708 when the German Meissen scientist Ehrenfried Walther von Tschirnhaus succeeded in making a hard, white, translucent type of porcelain for the first time. Four years later, Père Francois Xavier d’Entrecolles, a French Jesuit Priest serving in China, witnessed and recorded the process verbatim.

With the mixology confirmed, Europeans, and Northern Europeans in particular, were especially quick to begin producing porcelain. In the Netherlands, Delft pottery factories were opened. The blue-and-white palette represented in the majority of modern day Chinoiserie ceramics reflects the trends from the 13th Century Yuan era. 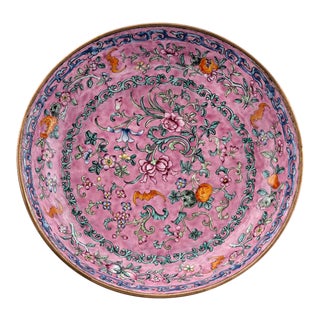 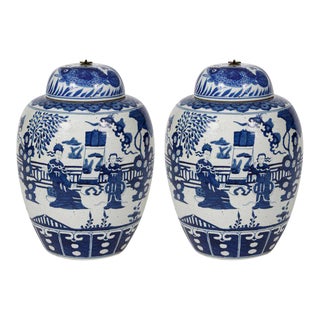 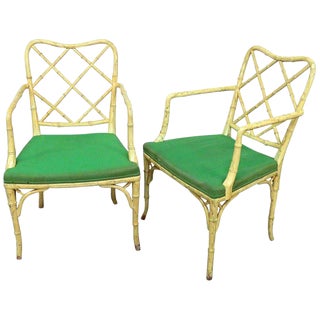 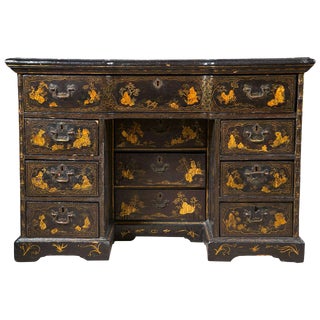 During the Victorian era Chinoiserie style was eclipsed by the demand for Middle Eastern, Egyptian and Gothic styles. Japanese design also experienced a Renaissance, with an emphasis on its angular and simplistic forms. The debut of cinema and Art Deco called for a more opulent complement; however, and Chinoiserie fit the bill.

As cinema houses sprung up in the 1930s, designers employed Chinoiserie style to outfit them. Chinoiserie screens, hand-painted on silk or glass paper, were among the first items to make a comeback. Increased manufacturing capabilities also gave rise to Chinoiserie rugs. Commonly known as Chinese Art Deco rugs, these rugs paired traditional Chinese motifs like scrolling vines, foo dogs, and birds with a minimalist aesthetic.

Another byproduct of the resurgence was Chinoiserie wallpaper. In the 1920s Gracie, the now-legendary wallpaper company, established a relationship with a Chinese hand-painting factory. Aiming to introduce Chinoiserie to Americans for the first time (the trend had largely passed over America in the 18th Century), Gracie began importing custom papers. Gracie’s clients, who included Elsie DeWolfe, immediately took to the papers, marking the introduction of Chinoiserie to America. During the second Art Deco revival in the 1980s, De Gournay, also famous for their Chinoiserie wallpapers, was established. 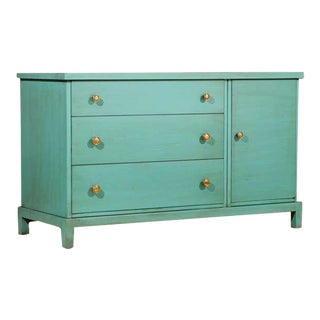 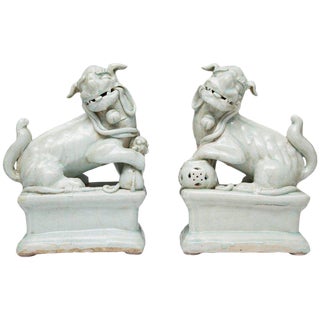 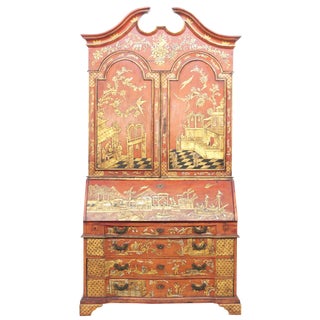 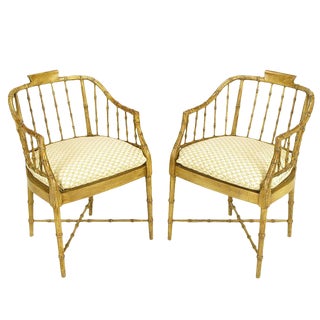 Like animal print before it, Chinoiserie has been endorsed as a timeless neutral by interior designers. A virtual chameleon, Chinoiserie can skew elegant and romantic, or quirky and whimsical depending on how it’s used. As Chinoiserie continues to evolve, designers are more and more uprooting it from its traditional context and pairing it with modern elements. The result is a wholly new look for Chinoiserie and confirming its place as an everlasting style icon. 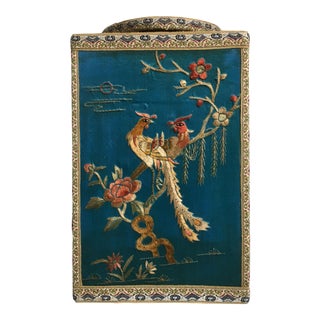 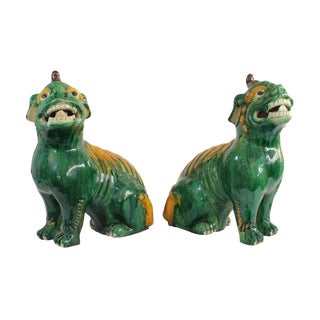 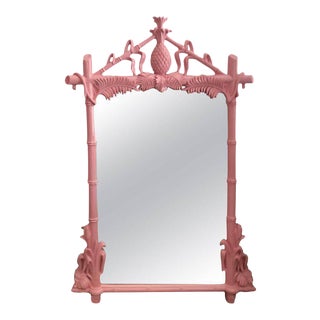 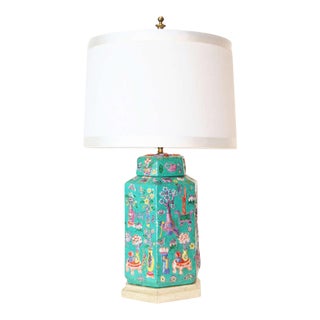