When you consider that Maastricht is among the oldest cities in the Netherlands, dating back to the time of the Romans, it’s of little wonder that it was picked as the headquarters for TEFAF, the annual fine arts show which touts more than 7,000 years of art history. Populated with historical buildings and bisected by a series underground tunnels dating to Napoleonic times, Maastricht is a city that wears its history on its sleeve. Which isn’t to say that it submits to its past, either. In contrast to its cobblestone bridges and spire-topped cathedrals, Maastricht is a city with a burgeoning culinary scene, innovative design, and forward-thinking redevelopment.

We recently asked Patricia Keurentjes, the DECASO dealer behind Netherlands-based dealer Bloomberry, to share her tried and true Maastricht spots. A world-renowned dealer, Keurentjes’s eye for discerning design is as readily apparent in her Maastricht edit as it is in her showroom. Each stop not only delivers on the entertainment front, but offers up impeccable atmosphere as well. While you’ll of course want to stop by Bloomberry in nearby Meerssen (and clear a few hours for it, trust us), these are the other stops you won’t want to miss while romping about in historic Maastricht. 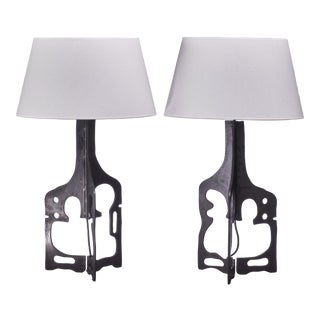 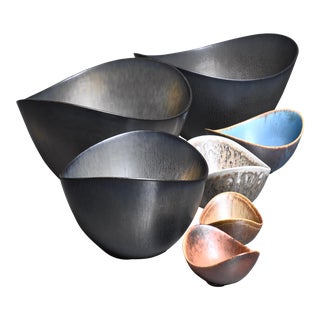 Set of 7 Gunnar Nylund Ceramic B... 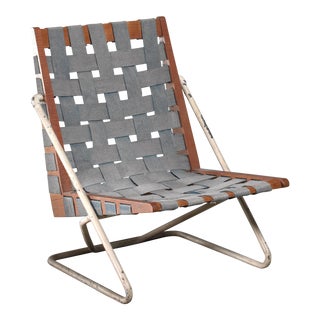 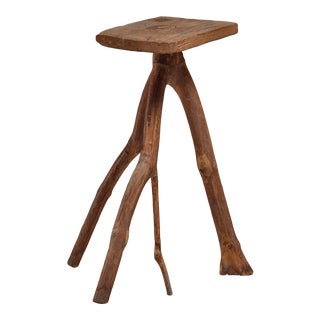 “Before we moved to Maastricht we usually stayed at the Kruisherenhotel Maastricht,” Keurentjes says. Located in a 5th-century Kruisheren monastery, Kruisherenhotel is operated by the renowned Oosttwegel Collection. If you’re looking for something a bit more intimate (and a bit more pocketbook-conscious), the Maastricht city center is also home to a wide variety of boutique hotels. Keurentjes personally vouches for Le Virage, Hotel Au Quartier, and Hotel Les Charmes.

“The beauty of Maatsricht is that the compact city center contains a wide variation of retail shops, bars and restaurants,” says Keurentjes, insinuating that the best Maastricht shopping is serendipitous and discovered by laissez-faire-style wandering. If you’re short on time; however, Keurentjes recommends carving out a few choice destinations ahead of time. For antiques, she personally likes to focus on the area of De Rechtstraat in Wijck, and the triangle between the St. Servaas bridge, the Onze Lieve Vrouweplein, and Vrijthof.

For those wishing to make their way to Keurentjes’s own Bloomberry, a 12-minute car ride from the city center will get you there. While Northern European design isn’t ignored at Bloomberry, it’s only one piece of the eclectic puzzle. Danish designs from makers like Hans Wegner, for example, are paired with elegant French, American, and Brazilian designs. Craft-forward pieces hold a particular weight in the shop, as do Scandinvian sofas. 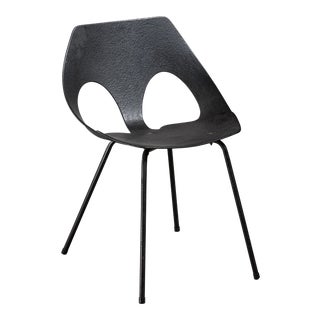 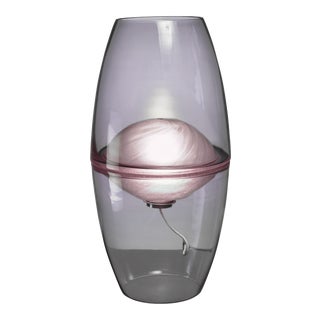 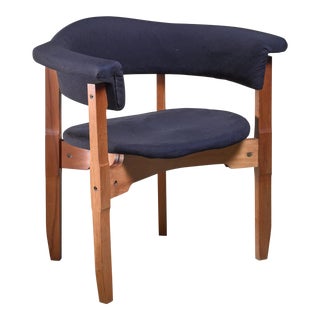 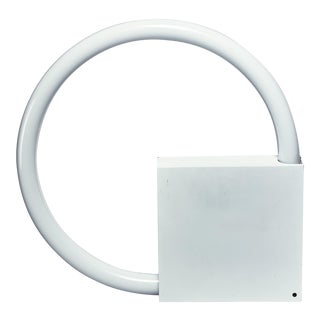 When it comes to dining, “There is so much to choose from!” says Keurentjes, noting that her edit is just a cut of all the city has to offer.

Topping Keurentjes’s list of places to nosh is Il Giardino, an Italian restaurant, that, as she puts it “could just as well be in Italy.” Keurentjes awards it points not only for top notch food, but a lively atmosphere.

Nearby, produce takes center stage at Rantree, a cozy-lit restaurant located on the 8th floor of the Dormio Resort. City and countryside views complement an epicurean menu aimed at both meat eaters and vegetarians alike. Rantree also serves breakfast daily, making it ideal for travelers looking to fill up before hitting the pavements.

Although located in the Le Virage hotel, Keurentjes singles out Le Virage Restaurant as a venue so alluring that even the locals visit it on the regular. Its convenient location at the Cortenstraat (at the corner of the Koestraat), also provides copious opportunities for a pre or post-meal bar hop. 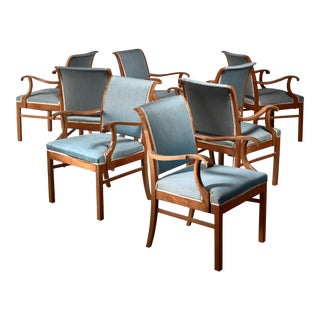 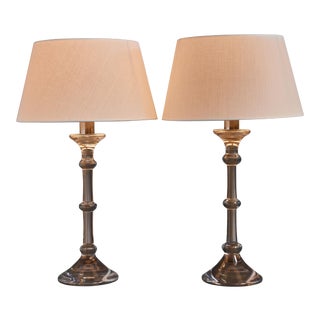 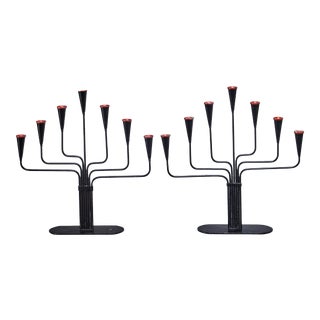 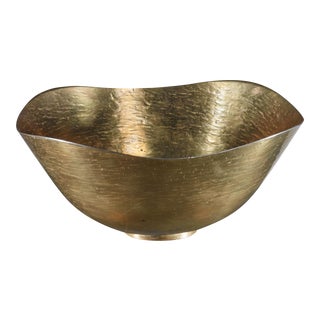 For a leisurely lunch that takes advantage of Maastricht’s temperate summers, Keurentjes recommends Chateau Neercanne. Located within the Château Neercanne castle–renowned for its Baroque gardens–the restaurant is only 12 minutes from the Maastricht city center, but worth dedicating an entire afternoon to. For lunch, Keurentjes’s standby is the homegrown vegetable salad. “It’s a taste explosion for your senses,” she says.

For those hoping to dine with the locals, Keurentjes recommends Café Sjiek. In true locals fashion, Café Sjiek doesn’t take reservations, but its sprawling park terrace makes it more than worth the wait. As Keurentjes notes, Café Sjiek is among the best places in town to order Maastricht’s specialty, zuurvlees, a sour stew made with horse meat and served alongside a heaping helping of apple sauce.

If Maastricht dining had a theme it would be hearty eats paired with meditative views. Café Zuid, for instance is a tapas-style eatery with a tranquil waterfront terrace. Keurentjes personally loves it for a group, as the informal vibe encourages hours-long lingering.

“Coffee in generally very good in Maastricht,” says Keurentjes. “But the best coffee is at KOFFIE bij Joost en Maartje,” she says. If you’re looking for confections to pair with your roast, Maastricht has plenty of options. Keurentjes’s favorites include Bisschopsmolen–“the brownies are to just too good to be true”–and Gelateria Luna Rossa.”I personally favor their signature Luna Rossa flavor,” says Keurentjes of the latter.

For after-hours sipping, Keurentjes recommends Van Bommel, an upscale dive modeled after a New York prohibition-era speakeasy (that turns into a dance club post-10 PM), Cafe Forum for live music and craft brews and Take Five a leisurely, work-play venue that can tie you over with coffees until cocktail hour hits.

“Of course the Bonnefantenmuseum is a special experience,” says Keurentjes of the Jezuiten museum, currently featuring a haunting exhibition on American filmmaker David Lynch. Keurentjes also recommends Jezuïetenberg the subterranean museum in Cannerberg near Maastricht. Officially designated national monument, Jesuit scholars and theological students frequented the underground quarries between 1860 and 1960. During that time, they created numerous carvings and charcoal drawings on the limestone walls, which now attract international attention.

More history can be found at Boekhandel Dominicanen, a world-famous bookstore housed in one of Maastricht’s defunct Dominican churches (it tops the list of the NYT’s list of the world’s most beautiful bookstores). On a similarly devout note, Keurentjes recommends visiting Basilica of our Lady, Maastricht. “Even if you are not a Catholic it’s worthwhile to visit and light a candle,” she says.

When you find yourself needing a reprieve from all of the echoing cathedrals, Keurentjes advises hightailing it to the countryside. “Maastricht is actually a valley and has a beautiful nature directly outside the city,” she says. She recommends combining a wine-tasting at The Apostelhoeve with a walk on the grounds or a countryside romp nearby.

The main event in Maastricht, of course, is TEFAF, and if you find yourself in Maastricht come March, you shouldn’t miss it. “TEFAF is a fair that showcases a wide timeframe of beautiful objects,” says Keurentjes. “In a world and time where nearly all you see is based on algorithms, the fair allows you to broaden your view over an extensive timeframe.” To get the most out of TEFAF, Keurentjes recommends “releasing yourself from tight planning.” “The best way to experience TEFAF, and Maastricht in general,” she says, “is to meander around and let your senses guide you.” 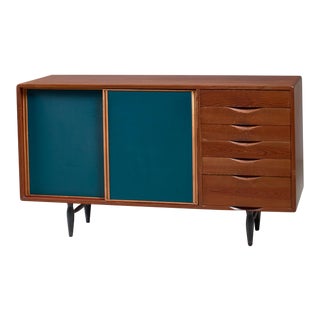 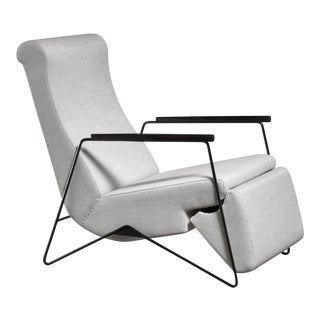 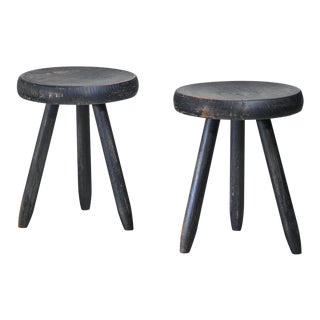 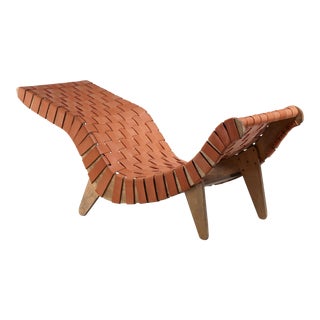