New flash: clay is getting its due. And after 20,000-plus years as a medium, it’s certainly about time.

Although one of the oldest mediums of self-expression, clay and its adherents have had yet to crack the same levels of esteem as painters, photographers, or even glass smiths. In part due to ceramics’ reputation as an arts and crafts-style hobby, and in part due to makers like Wedgwood and Worcester who have cast ceramics in a factory-made light, the medium has long been ripe for a recasting. 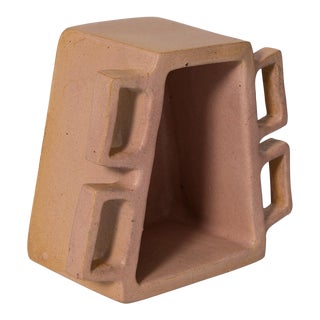 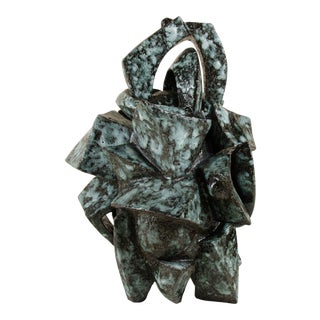 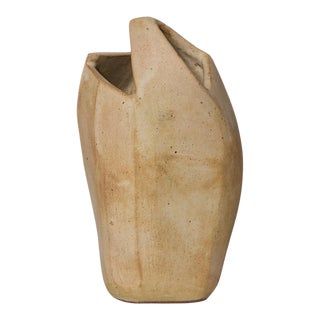 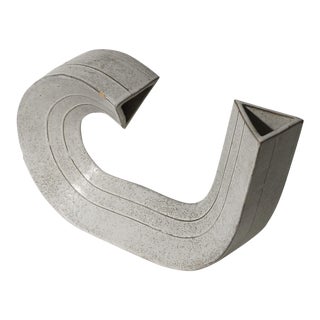 Appropriately enough, clay artists are now banding together and calling themselves just that, “artists.” Choosing to separate from the notion that ceramics must be functional (i.e. the vessel) today’s ceramic artists are focusing on untraditional forms and experimental techniques. Their work pulls from a historic basis, but also makes a bold declaration—they will not be hidden in anybody’s cupboard.

The art world is taking note. Mirroring contemporary ceramics’ increased presence at modern art events like Art Basel Miami, the art world’s digital hubs have been busy cranking out list after list highlighting the globe’s best emerging contemporary ceramicists. But perhaps the best gauge of the changing climate is Phaidon’s late 2017 release Vitamin C: Clay and Ceramic in Contemporary Art, a stallion of a coffee table book which showcases 100 of today’s most game-changing clay professionals.

But what does all this fodder mean for contemporary functional ceramics? The humble vases and utilitarian vessels which have been in production since approximately the turn of the 20th Century onwards. True, their intent may have been a touch less cerebral (they’ll settle for housing a floral arrangement or corralling loose coins over making a piercing social statement), but they deliver just as fully on the aesthetics front. Are they too set to have a moment? 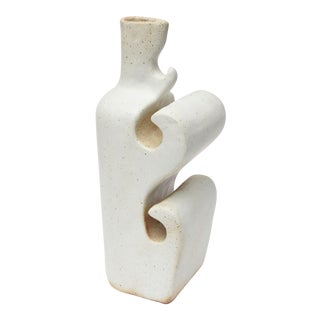 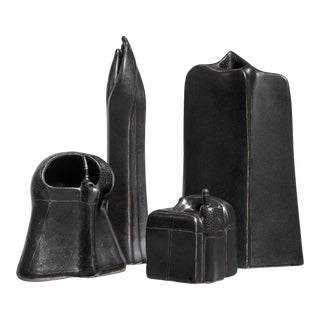 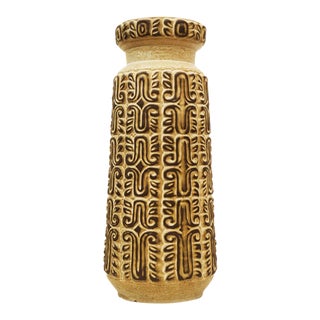 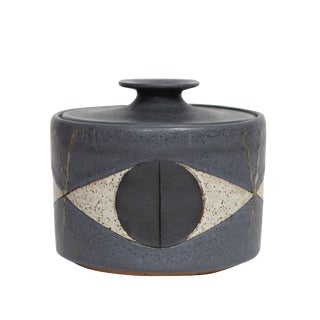 “Absolutely they are,” says DECASO dealer Dana Lance, of the masterfully-curated Dana John boutique in Los Angeles. “They have been an investment for me from early on, and one can follow sound investment up-trends through researching auction results.”

Featuring strong textural profiles and striking colorations, the ceramics on display at Dana John blend seamlessly with the store’s mid-century modernist-meets-L.A. bohemia aesthetic, but they’d just as easily complement a purely modernist space, or even a farmhouse-contemporary one. With so many options, it’s unavoidable that your next thought be the unmistakable feeling that you’d best snatch up what you can now.

Given that there’s few who could offer as vibrant of a background on contemporary functional ceramics as Lance, we asked him to shed light on some of his favorite contemporary designers, ranging from the Arts and Crafts era to the contemporary artists that he’s working alongside today. Here, learn about the three ceramicists you’re not collecting yet, but most definitely should be.

“When I held my first piece in my hands it literally took my breath away,” says Lance of Art Deco designer Charles Catteau. “In Catteau,” he says, “I had found an artist that spoke to my sense of color and form.” Catteau, who was born in France and worked primarily at Boch Freres Keramis in Belgium during his career, produced monumental vases with Deco-inspired designs in bold, contrasting color palettes. “Catteau was incredibly versatile in expressing his point of view in the Art Deco style,” says Lance, “He developed original techniques, forms and decoration for modern ceramics.” 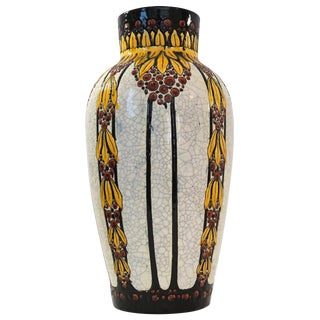 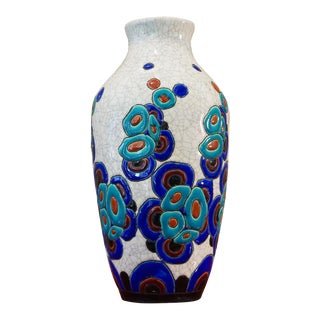 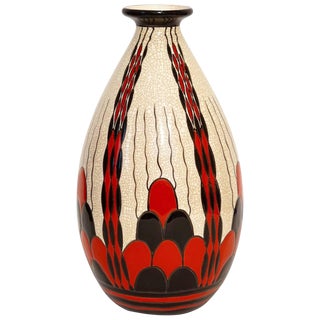 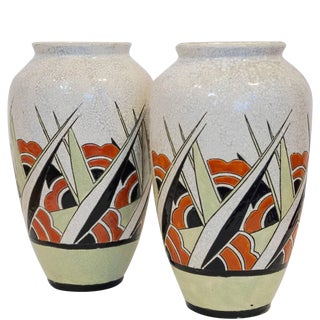 “By the nature of the material, ceramic is a fragile medium,” says Lance. “It fascinates me that such a delicate three dimensional structure can be used as a vehicle to express an artist’s vision.” One artist who expressed that vision tenfold was Antonio “Tony” Prieto. With a style that conjures up the studio movement of the mid 20th  Century, Prieto’s ceramics are the kind of understated pieces that add a hint of understated bohemia, while also working to round out any collection. Born in Spain, Prieto was an instructor at Mills College in Oakland, California until the early 1960s. During his tenure, he created a body of work instantly recognizable for its earth-bound colors and sketch-like etchings. 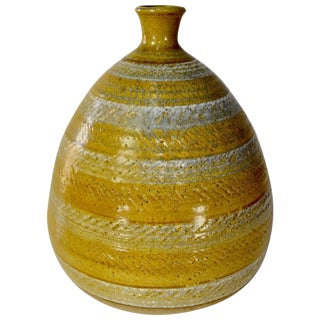 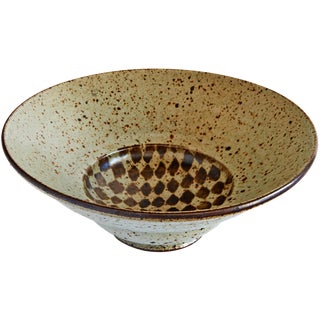 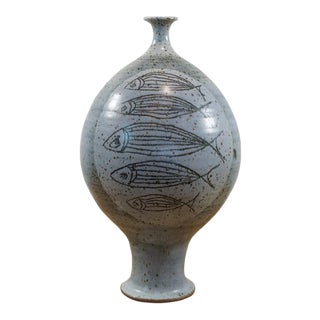 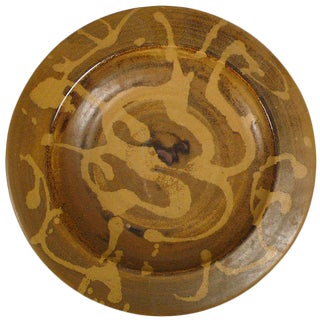 A currently-practicing ceramicist, L.A.-based Titia Estes is among those contemporary ceramicists who is simultaneously celebrating function and bold-faced artistry. Her vases, vessels, tiles and lamps read more like sculpture than her predecessors’ ceramics, adopting biomorphic forms that make them a prime fit for extraterrestrial or oceanic landscapes. “Titia’s glazes are remarkable, looking as they have come right out of the ground,” says Lance. “Her construction sensibility is beautiful with unexpected juxtapositions of shapes and silhouettes.” 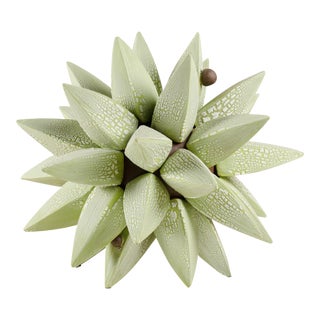 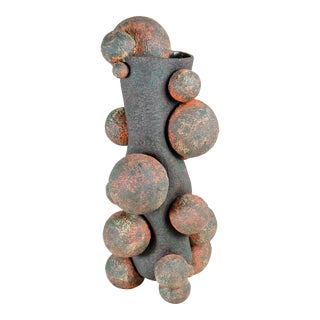 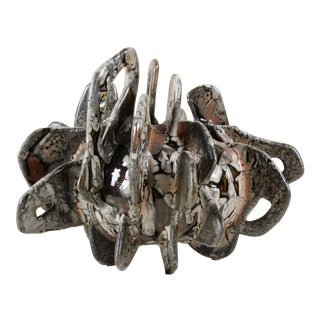 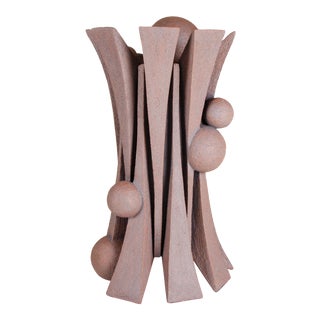 All photos courtesy of Dana John