There is no shortage of ink-spilled in homage to Italian design of the 20th century, and for good reason. It was a century of innovative and dynamic work which only served to further cement Italy as a global creative force. But what makes this era’s design so enduring? Why are original pieces so coveted? The style still so echoed by modern manufacturers? Articles still penned on it? Perhaps it’s the fact that Italian modernism is amorphous. It’s equal parts spare and dramatic; pragmatic and artistic. While it’s nearly impossible to define this era by the work of just a few designers and makers, we’ve chosen a selection of designers whose work each represents a different peak of this creatively rich period. With this framework for 100 years’ worth of groundbreaking design, we turn our lens to some of the leaders of the era. 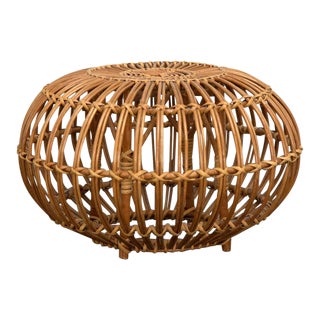 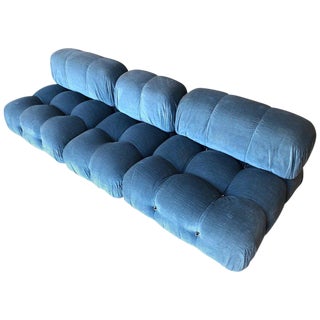 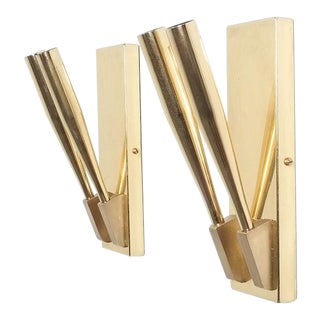 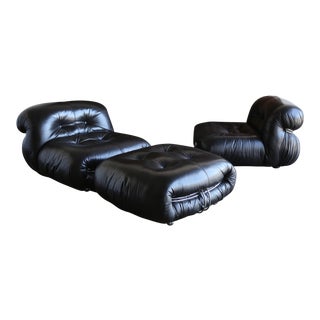 The concept of Italian modernism must start with Gio Ponti.  Over the course of his career he was an architect, artist, industrial and furniture designer, professor, writer, editor, and has become synonymous with the omnipresence of Italian design.  Born in 1891 in Milan, his higher education at Politecnico de Milano University was interrupted by service in World War I. He later graduated with a degree in architecture in 1921. His career began in ceramics but soon extended into architecture, industrial design, and editorial work.

Ponti worked with over 120 companies, designing from furniture and lighting to flatware and sinks. His mission was to find the intersection of comfort and functionality, while still preserving aesthetics. From the sleek, streamlined La Cornuta espresso machine to the graciously reclined D.153.1 armchair by Molteni &C, Ponti designed for the people, even producing an affordable furniture line to be sold in Italian department stores.

But what remains most remarkable from Ponti’s adundent career is his generosity and activity in all arms of the design world.  He founded two magazines (Domus and Stile) and wrote and edited for over thirty years. He used these platforms to celebrate those who he admired (like Fornasetti and Mollino) and to create a space for a dialogue on design in modern life. 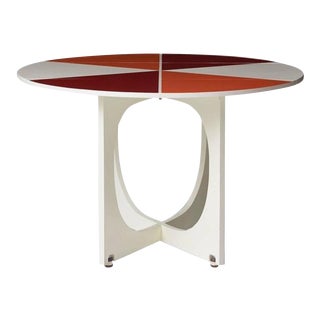 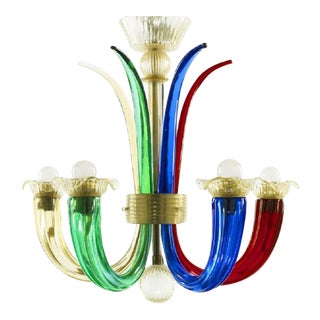 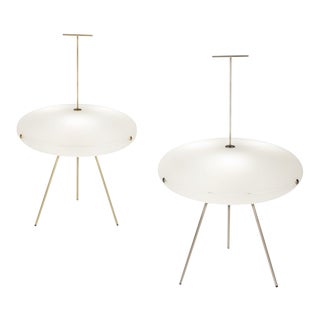 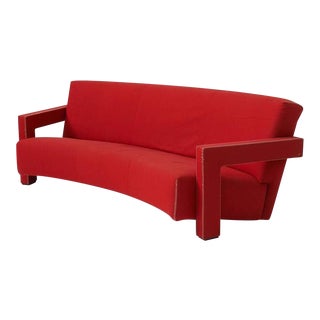 Franco Albini was born in 1905 in Robbiate. Although born just a generation after Ponti, Albini’s career was clearly influenced by Ponti and maintained quite a few parallels. Like Ponti, Albini obtained a degree in architecture in 1929 from the Politecnico de Milano University. Albini also began his career working for Ponti at his Studio Ponti e Lancia PL firm and later opened his own firm in 1930.

Albini’s early work focused on architecture, specifically a series of public housing projects. His interest in creating efficient, low cost living is one that would persist throughout his entire career. Albini continually experimented and was fascinated with the prospect of incorporating both high and low materials. One of his most iconic designs, now known as the Albini desk, is an exercise in simplicity and balance as well as a melding of unlike materials. Combining glass, steel, and wood, this spare yet striking piece continues to be produced by Knoll today.

Albini also played with multipurpose design which was most evident in a series of rattan pieces he did.  Lightweight and naturalistic, his rattan ottomans and chairs provided a new, minimalist way to decorate the modern home. 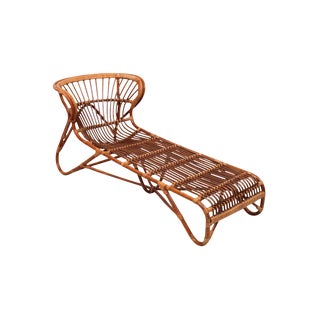 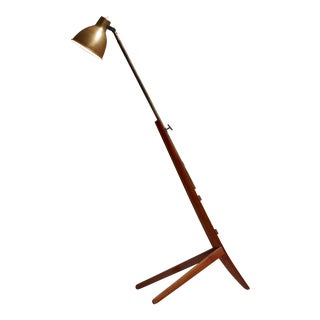 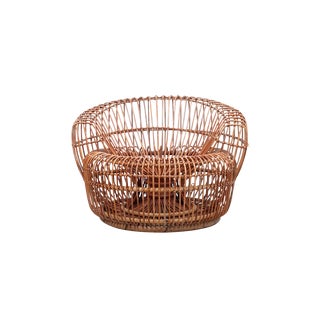 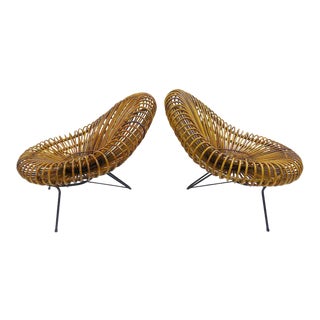 Gabriella Crespi was born in 1922. After earning an art degree from Accademia di Belle Arti and architecture degree also from the Politecnico di Milano, Crespi designed a series of steel moon-shaped sculptures, known as her “Small Lune Collection.” From here, Crespi’s scope gradually grew to include other tabletop items, lamps, and finally, her now-iconic sculptural tables.

Never intended for her pieces to be mass produced, Crespi’s creations were incredibly detailed and often featured mechanized moving parts. Her pieces were created by skilled craftsmen and incorporated luxurious materials such as brass, bronze, glass, lucite, and sometimes even precious metals.

Crespi’s designs are tremendously thoughtful in how they interact with a space and almost always feature options to rearrange and transform. One example is the Plurimi coffee table from her 2000 series by the same name. This low, geometric coffee table has hidden wings that, when extended, transform the table into a sleek, multifunctional centerpiece. While her approach is distinctly more glamorous than that of Albini or even Ponti, Crespi was a clear adhered of the modernist ethos, designing for function rather than purely form. 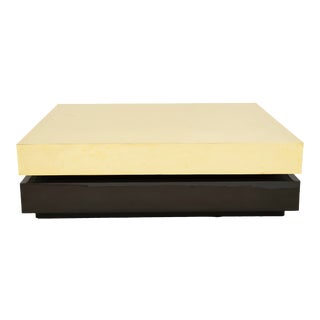 Coffee Table in Brass and Wood b... 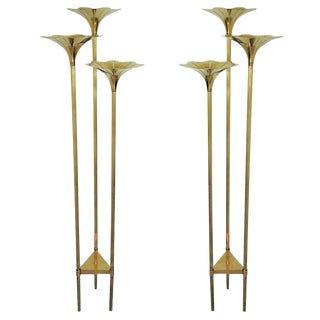 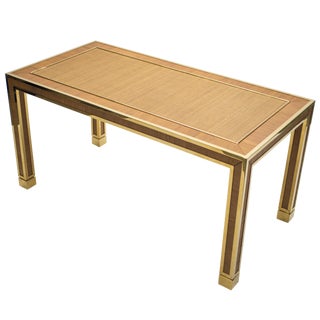 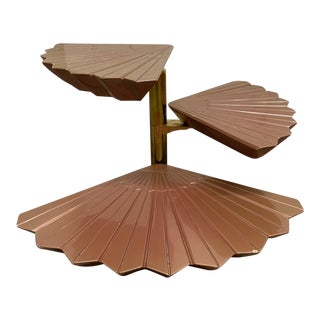 
The Houses: The Collaborative Innovators

The birth of Italian modernism also brought changes to mass produced design. Contrary to prior movements, Italian modernists began contributing designs to major manufacturers who then produced those for the masses. Mass production didn’t come at the cost of quality, either. Rather these Italian manufacturers created some of the enduring icons of 20th century design.

One such manufacturing house is Cassina. Founded in 1927 by a pair of entrepreneurial brothers, Cassina began to blossom in post WWII Italy.  Identifying key designers to collaborate with was integral to Cassina’s success. Their iconic partnerships include the trim 699 Superleggera chair by Gio Ponti, the laddering 835 Infiniti bookshelf by Franco Albini, and the undulating LC4 chaise longue by Le Corbusier, Pierre Jeanneret and Charlotte Perriand.  Decidedly Mid-Century yet wholly timeless, Cassina continues to craft historic designs today. 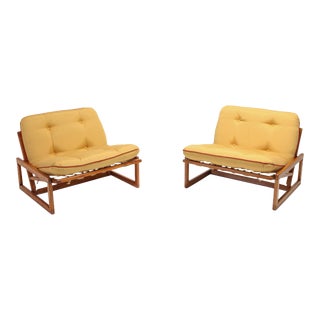 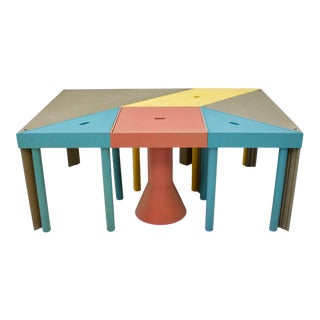 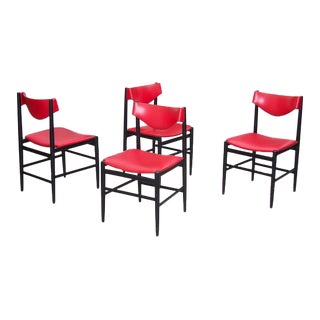 Set of Four Chairs by Gianfranco... 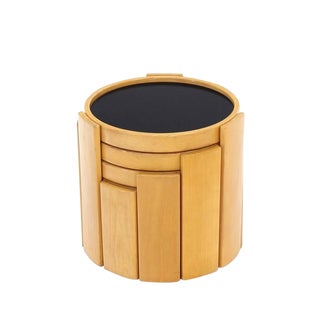 The second major player in contemporary Italian Modernism manufacturing is B & B Italia.  Founded in 1966, this celebrated manufacturer has also orchestrated some of Italian Modernism’s most notable design partnerships.  Famed models like the swollen Up chair by Gaetano Pesce and the clean, angular Charles sofa by Antonio Citterio have cemented B & B Italia in Italian modernism canon. Along with Cassina, B & B Italia represents another key player in the ongoing effort to continue the tradition of fine Italian craftsmanship.

DISCOVER B & B ITALIA ON DECASO 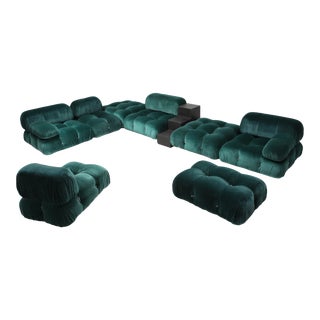 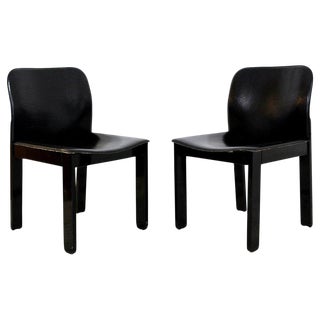 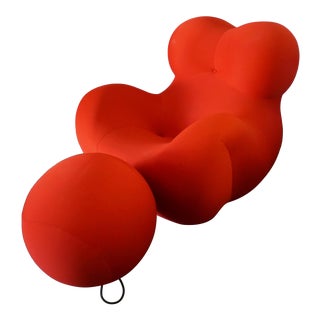 Gaetano Pesce Up5 and Up6 Lounge... 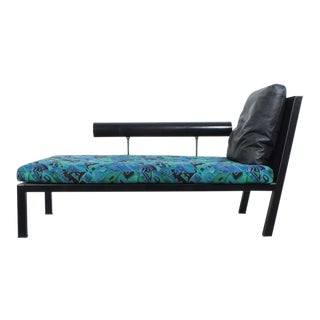 Designing not just for decorative purposes, Ponti, Albini, and Crespi and the houses they designed for represent a movement that forever changed the course of the design. These designers dedicated themselves to figuring out how their pieces fit into people’s lives and how to best improve them. As a result, we have some of the most iconic furniture pieces of the 20th century, as well as a troupe of design philosophies that continue to inspire us to this day.